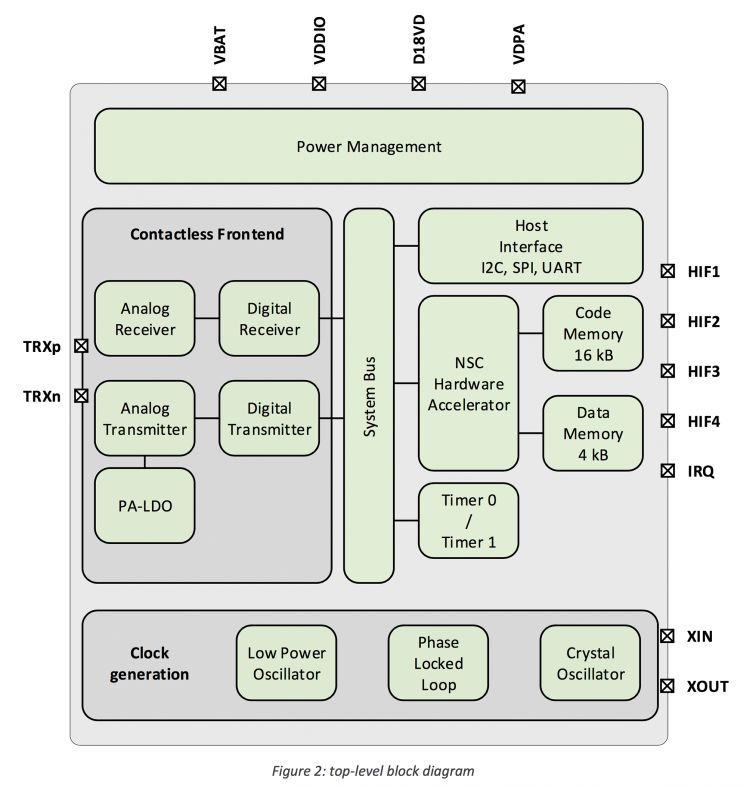 Panthronics AG, a fabless semiconductor company specializing in high performance wireless technology, today announced the launch of the PTX100R, an NFC reader IC which implements a radical new RF architecture to produce valuable improvements in output power and sensitivity while reducing the total area occupied by the system, including its antenna.

The new solution is an ideal answer to the problems inherent in the use of today’s NFC readers in challenging environments: point-of-sale terminals, in which the noisy display couples interference into the NFC antenna mounted close to it; and mobile point-of-sale (PoS) equipment, in which space for the antenna is restricted and the metal enclosure hampers the propagation of RF signals.

Panthronics’ new PTX100R implements its patented DiRAC technology which enables the NFC reader to drive output power of up to 3W directly to the antenna – more than double the output power capability of any other NFC architecture – while achieving sensitivity of -80dB, more than twice as sensitive as competitors.

This means that PoS terminal and mobile PoS manufacturers can achieve EMVCo 3.0 compliance (for contactless payments) with an antenna of just 900mm2, some four to five times smaller than that required when using competitors’ readers.

As a result, PoS equipment makers benefit from quicker certification and faster time to market when designing for constrained space and noisy environments.

While the NFC market has been growing at breakneck speed, driven by consumer adoption of contactless payments and ticketing, incumbent manufacturers have been constrained by products based on legacy technology which is no longer fit for purpose.

Patented innovations made by Panthronics and implemented in the PTX100R are set to challenge the incumbents’ market leadership because they deliver superior performance alongside system-level improvements in a smaller footprint. These innovations include: