Mouser Electronics, Inc., the New Product Introduction (NPI) leader™ empowering innovation, is pleased to announce its continued sponsorship of FIRST® Robotics Competition, which inspires innovation and fosters well-rounded life capabilities in tens of thousands of young people every year. During the 2020 FIRST Robotics Competition season, nearly 100,000 high-school students on more than 3,900 teams from all over the world participated to learn, discover and solve engineering challenges through a series of virtual and live robotics events.

“Education has been a key facet of Mouser’s mission since our founding,” said Kevin Hess, Mouser’s Senior Vice President of Marketing. “We are very excited to once again sponsor the FIRST Robotics Competition, which we have proudly supported for years. The organisation gives students around the world a platform for innovation, a chance to learn valuable engineering skills, and an opportunity to build character and self-esteem.”

Since 2014, Mouser has been a major supporter of FIRST (For Inspiration and Recognition of Science and Technology), a leading student-serving non-profit advancing science, technology, engineering, and math (STEM). Mouser sponsors FIRST virtual and live competitions at the local, regional, state, and international levels. Joining Mouser in the sponsorship is valued manufacturer partner Analog Devices, Inc.

The global authorised distributor will be a major presenting co-sponsor of the FIRST in Texas/UIL State Robotics Championships, planned for April 6–9 at the George R. Brown Convention Center in Houston, Texas. Mouser also supports FIRST teams in its community, providing grants for local high school teams.

Additionally, Mouser will continue its exclusive sponsorship of the Hall of Fame at FIRST Championships, April 21–23 in Houston, along with the FIRST Robotics Competition pits, where the teams set up camp to work on their robots during the competition. The Hall of Fame honours the winning teams of the esteemed Chairman’s Award, which rewards the teams who best exemplify the goals and values of FIRST.

Each FIRST Robotics Competition team receives access to a Kit of Parts system — including motors, batteries, a control system, a PC and a mix of automation components — with limited instructions. In a set amount of time, teams transform these various parts into working robots designed to perform specific tasks.

To learn more about how Mouser supports FIRST, visit https://eu.mouser.com/first/. 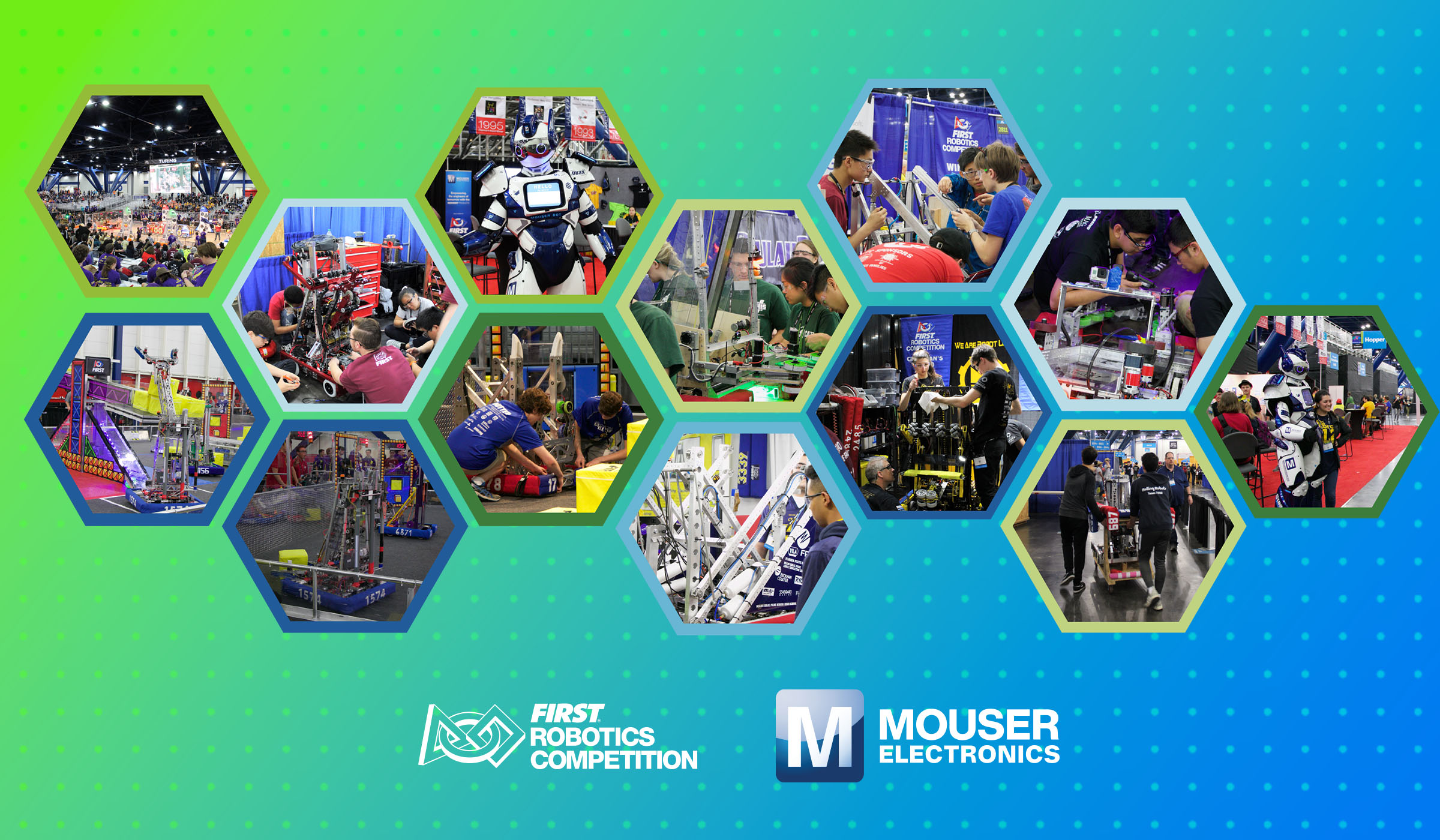 Mouser Electronics, a Berkshire Hathaway company, is an authorised semiconductor and electronic component distributor focused on New Product Introductions from its leading manufacturer partners. Serving the global electronic design engineer and buyer community, the global distributor’s website, mouser.com, is available in multiple languages and currencies and features more than 6,8 million products from over 1.200 manufacturer brands. Mouser offers 27 support locations worldwide to provide best-in-class customer service in local language, currency and time zone. The distributor ships to over 650.000 customers in 223 countries/territories from its 93.000 square-meter, state-of-the-art facilities in the Dallas, Texas, metro area. For more information, visit https://www.mouser.com/.